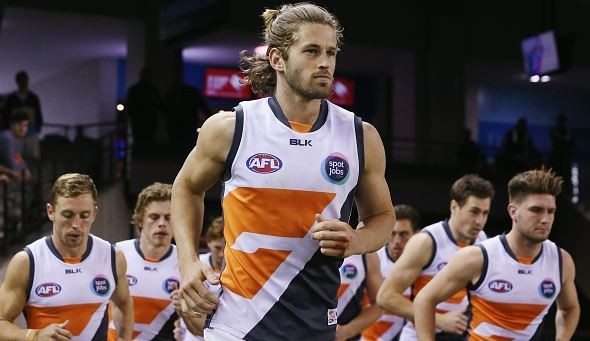 After finishing third on the AFL ladder in 2014, this year was a big reality check for the Cats, as they slumped to 10th – the first time they have missed the finals since 2006.

With the core aging, Geelong was unable to keep up with the pace of the rest of the league, only being in the top eight for two weeks.

For a team that has dominated for so long, it was inevitable for there to sooner or later be a slight drop off in performance.

However, the Cats sit in a good position, with plenty of youth to carry them through to a new era.

It appears Geelong will continue to go with the ‘rebuilding on the fly’ model, adding talent both approaching and in their prime in order to stay as competitive as possible while building another premiership winning team.

Every team has a down year, and for Geelong, it was 2015. In 2016 the Cats will be expecting to make the finals again and announce themselves as a threat in the coming years.

There are only two things stopping The Gold Coast Suns from receiving a dreaded F.

One being the absence of Gary Ablett through injury and the other being the coaching change.

However, at this stage of their development, both are little excuse for an otherwise awful year.

Despite the fact that their inspirational leader only played six games this year – his lowest mark ever – the Suns would have thought that they were far enough along to be competitive each game without him.

They also thought that, moving towards their premiership window, it would be best to part ways with inaugural coach Guy McKenna and go with a more seasoned competitor at finals time, appointing Rodney Eade as his replacement.

They were also wrong about that.

Gold Coast’s regression this season has been bad. Of course, with Ablett fully fit for next year, they will hopefulyl be able to continue their development and push for an inaugural finals birth.

Unfortunately, they are also set to lose a number of key men, including talented key forward Charlie Dixon and the troubled Harley Bennell.

It’s not all doom and gloom for the Suns though. Hopefully, Ablett can put his horror run of injuries behind him next year and get back to consistent footy.

The club will also be looking to bring in some immediate impact in the trade period through both free agency and trades.

Let’s hope they can re-find their best next year under Eade, who, despite this year, is a very good head coach.

In complete contrast to their expansion friends the Gold Coast Suns, Greater Western Sydney had their best year yet and for a large part of the season looked like they were a chance to be the first of the two expansion teams to make the finals.

Unfortunately, and largely due to injury, GWS faded late to finish 11th. However, all signs are positive for the young Giants.

They will have to rebound well from losing young star Adam Treloar and potentially Cam McCarthy, but in the past they have been able to facilitate good deals from their outgoing youngsters during the trade period.

Losing key back Joel Patfull, number one ruck Shane Mumford and co-captain Phil Davis o injury hurt the young team, but they responded surprisingly well in the back part of the year, which is a credit to the leadership team as well as head coach Leon Cameron.

If both Gold Coast and GWS can hit their best form next year, expect to see an exciting fight to make the finals between the two teams.

GWS may not have made the final eight this year, but for their encouraging efforts throughout the regular season, they get a well-deserved A.