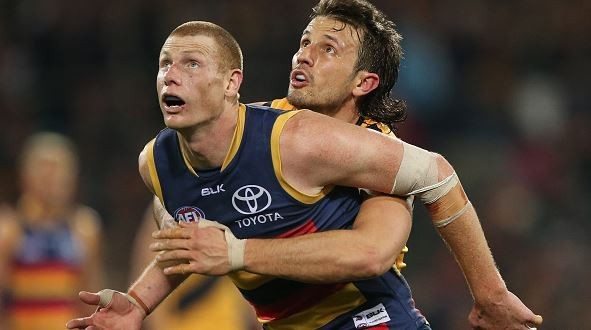 Adelaide ruckman  Sam Jacobs has re-signed with the Crows for a further three years, keeping him at the club until the end of 2019.

The 27-year-old was already contracted for next season, however chose to re-commit for another three years after enjoying another standout season.

“I am really enjoying my football at the Crows and look forward to continuing my career at West Lakes,” Jacobs said.

“There is a very positive vibe at the Club and we have an exciting group of players working together to achieve success.”

Jacobs has played 105 games for the Crows since moving across from Carlton in 2011, where he played 17 games.