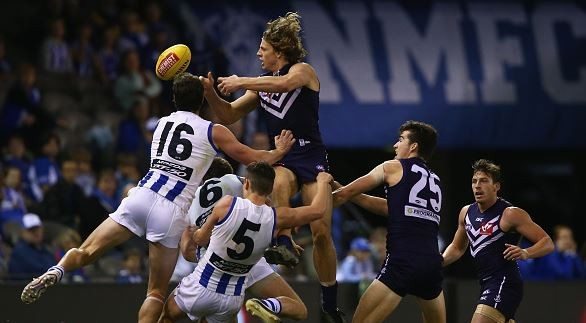 Sam Newman said last night on The Footy Show that he has it on good authority that the AFL is looking at a major change to ease congestion.

Newman said that the AFL is considering a rule change whereby each side must have at least three players in their forward whenever there is a ball up anywhere on the ground.

AFL CEO Gillon McLachlan said on 3AW radio this morning that he is a fan of the idea.

“I saw Sam during the week and we had a good chat about it.

“He’s very passionate about the game.

“In the middle of the year the footy always gets congested.

“The footy in the last month has been bloody good again.

“There’s sort of four buckets (of ideas for football operations boss Mark Evans and his team) to have a look at.

“It (Sam’s idea) would be on the list. Whether he (Evans) thinks it will get as much traction is a different thing.”