St Kilda is ramping up its interest in out of contract Essendon youngster Jayden Laverde, according to The Age.

The top-20 draft selection in the 2014 National Draft played 18 games in his first two years at the Bombers, however, is yet to re-commit to the club for 2017.

Laverde, who has had an injury interrupted start to his career, is highly rated and was initially expected to be selected in the top-10 in the draft, before falling to pick 20.

The Bombers are still hopeful of re-singing Laverde, however, admit it is facing an uphill battle to keep the 20-year-old after so far failing to strike a deal.

But a deal may also be difficult to broker for St Kilda, with the Saints not having a second round pick in this year’s draft, after trading it away to secure Collingwood’s Nathan Freeman last year.

With the club adamant it will not part ways its first round selection, a trade of picks in order to gain an appropriate draft pick to trade may be its best option. 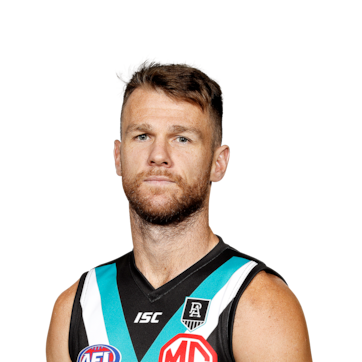