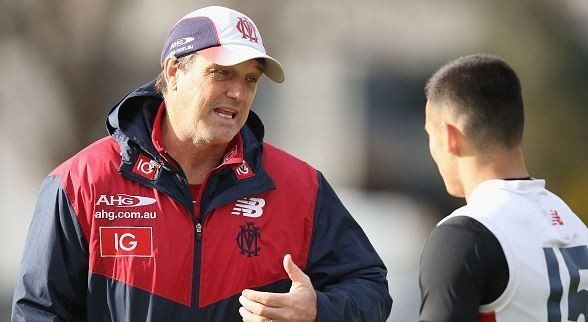 Melbourne coach Paul Roos says he is confident that out of contract players still want to join Melbourne, despite sitting near the bottom of the ladder for several years.

The premiership coach said that he can see improvement in his team, despite the lack of wins again in 2015.

“Certainly my discussions over the past two years with guys like Bernie Vince, Heritier (Lumumba) and Crossy (Daniel Cross) show there’s some real optimism.

“The message we get from managers is that absolutely they can see where we’re heading as a club, they can see the group of young kids we’re assembling.

“I think the free agent model’s a different model … they generally go to clubs (where) they think they can play finals.

“We’re a destination club, but clearly that bottom group doesn’t seem to be able to attract the key free agents as (well as) the top group does.”

Melbourne plays Collingwood at the MCG on Saturday afternoon.