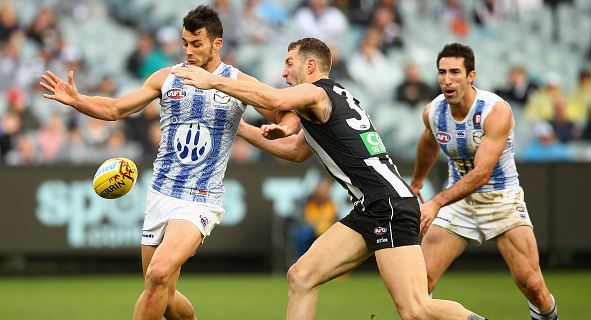 North Melbourne defender Robbie Tarrant has rejected the lure of free agency to sign on with the Kangaroos.

Tarrant was reportedly the target of several clubs in the free agency period, but agreed to a new four year deal to remain at Arden Street.

The 26-year-old has only played 55 games since being taken with the No.15 pick in the 2007 National Draft. But this season he has enjoyed a career best season, playing 16 of North’s 18 games so far.

“It’s really exciting, the club’s done so much for me in the past and I obviously have a lot of mates here so I was pumped to just get the contract done,” Tarrant told the club’s website.

“I’m looking forward to what’s ahead and hopefully we can keep this winning streak going and head into a finals series with a lot of confidence.”