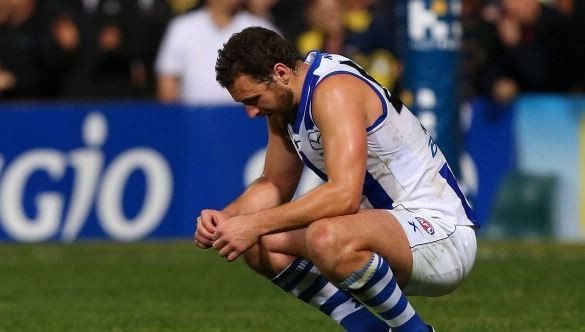 North Melbourne have de-listed three players after being knocked out of the finals against West Coast on Saturday night.

Scott McMahon, Max Warren and Eric Wallace have all been told that their contracts will not be renewed.

McMahon played 124 games for the Kangaroos, while Warren and Wallace did not play a senior game.