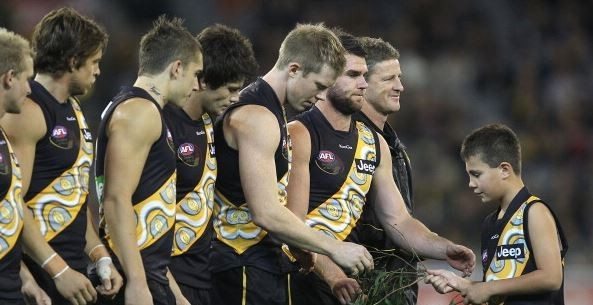 The Tigers have announced that they will wear their indigenous jumpers on Friday night against Hawthorn in support of Adam Goodes.

Coach Damien Hardwick said that the club made the decision because the football community has had enough of the constant abuse towards the two-time Brownlow medalist.

“I played against him and I have coached against him, and he has given our game extraordinary service,” Hardwick said.

“We have all had enough, and I’m pleased our club will make an important statement on Friday night.

“We want to support Adam Goodes, who has been a wonderful ambassador for our game and his people. The vast majority of football fans acknowledge and respect that fact.”