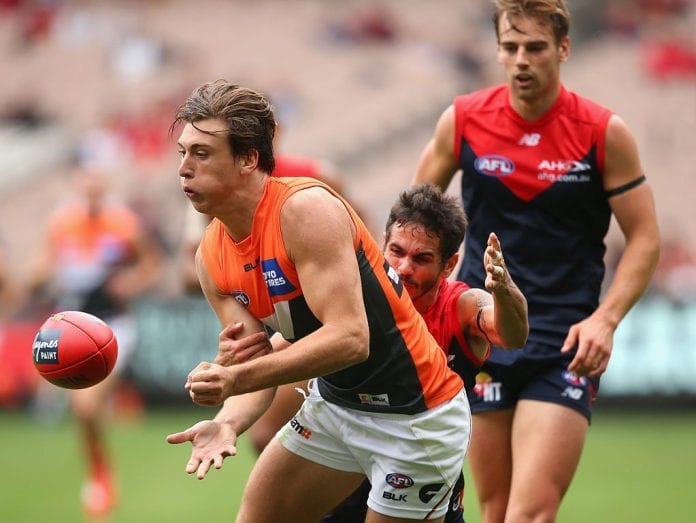 It appears a race in three for Caleb Marchbank, with Carlton, St Kilda and Essendon circling the wantaway Greater Western Sydney defender.

Greater Western Sydney announced on Thursday that Marchbank had requested a trade and, as speculated for much of this season, it is understood the Victorian wants to join a club in his home state.

The 19-year-old has struggled with homesickness for much of his two seasons in western Sydney, and was open with GWS this year about potentially wanting to move back to Victoria.

Carlton, St Kilda and Essendon have been closely monitoring Marchbank’s situation all season.

Marchbank joined the Giants via pick No.6 in the 2014 NAB AFL Draft and it is expected the expansion club will put an equivalent trade price on the youngster’s head. Rival clubs suspect Carlton leads the race for the former Murray Bushranger.

“I bet they don’t see the six years out”: Cornes astonished...

Carlton is ‘going to go bang’, according to AFL great David...