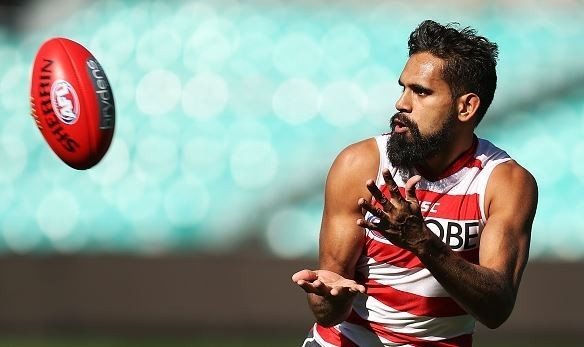 West Coast’s Callum Sinclair and Sydney speedster Lewis Jetta will be involved in a straight players swap, with the deal all but done, with the trade to be finalised in writing by Wednesday night.

Jetta, 26, requested a trade last month, after deciding he wanted to return home to Western Australia.

He has played 127 games with the Swans, including the 2012 premiership.

Sinclair, has played 29 games with West Coast in three seasons and enjoyed a breakout season in 2015, playing 20 games, including the grand final.

DONE – Sinclair and Lewis Jetta straight swap is complete and will be in writing tonight. Thoughts? #NABTradeRadio