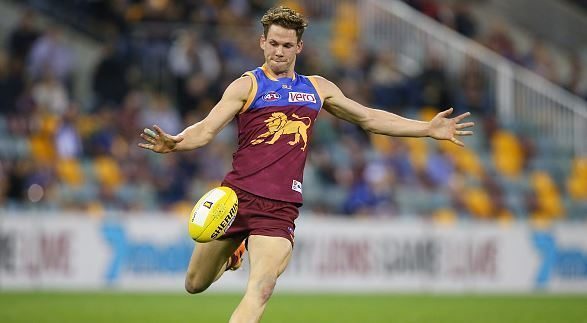 Brisbane midfielder Jack Redden’s strained relationship with coach Justin Leppitsch is believed to be the reason behind his request for a trade.

The Lions have strongly denied speculation of unrest among the playing group, however, The Herald Sun yesterday reported that Redden confirmed that his relationship with Leppitsch is a major part of the reason he wants to leave.

Captain Tom Rockliff said he is desperate to keep the 24-year-old, but that it looks unlikely that Redden will change his mind and stay at the Gabba.

“Obviously, it’s disappointing. Reddo is my best mate so it does make it hard when he says that (he wants to be traded),’’ Rockliff said today.

He said he would “swap salaries” if that’s what it took to keep his mate at the club.  Rockliff also admitted that the Lions need to change if they want to keep their young stars, with several high draft picks, including Elliot Yeo, Billy Longer, Jack Crisp and Patrick Karnezis, all leaving over the past two years.

“Obviously we have to look at the way we do things around the footy club,” he said.

“If he is upset obviously we need to improve in some areas of out footy club to make sure that we can retain them and keep players happy.

“It was pretty hard to swallow. It wasn’t easy for him to make that decision either.

“He’s given it a long period of thought and came to that decision.

“Our main focus is to try and keep him . . . but he seems pretty set on it at the moment but we’ll see how we go.

“I don’t think there’s anything I can do, to be honest, to change his mind.

“His issues are with other things within the footy club.”

Rockliff also said he was concerned that Redden’s departure may lead to a player exodus from.