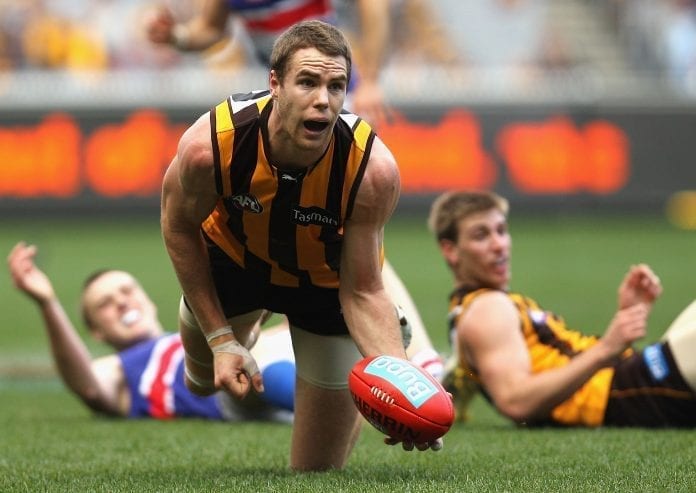 Premiership-winning Hawk Max Bailey has returned to the club after a two-year absence, taking on the role of Hawthorn's General Manager of Football Operations.

As a member of the Hawks' 2013 premiership side that downed the Dockers, Bailey's status at Waverley is already of high standing. However, after being lured back to the nest by head coach and former teammate Sam Mitchell, the former ruckman is now placed to add to this legacy.

Bailey had recently been performing the role of Talent & Organisational Development Advisor at Bunnings since hanging up his boots - a position that saw him implement elevated leadership programs for employees.

Speaking within a prepared statement, Hawks footy boss Rob McCartney professed his excitement at luring Bailey back to 'The Family Club', claiming the big man had a big role to play in the club's rebuild.

“During his time at Hawthorn, Max has built the reputation as a genuine leader of people,” McCartney said.

“His ability to build connections, have open and honest conversations and invest in the development of others are attributes that Max demonstrates daily.

“But what impressed us most through interviewing Max was the growth journey he has been on since leaving the football environment in 2020.

“Max has led organisational change at Bunnings in his Talent & Organisational Development role at their Head Office.

“His most recent project being to build and facilitate internal leadership learning programs for team members across the country is a perfect example of this.

"We welcome Max, his wife Rachel and daughters Georgia and Anna back to Hawthorn."