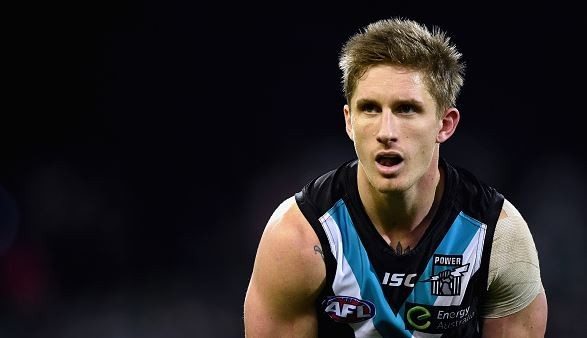 AFL.com.au has reported that the 25-year-old has been offered deals of over $700,000 per season by both Richmond and North Melbourne.

Hartlett will become a restricted free agent when his contract expires at the end of next season.

He has played 112 games with the Power since being drafted with pick No. 86 at the 2006 National Draft.