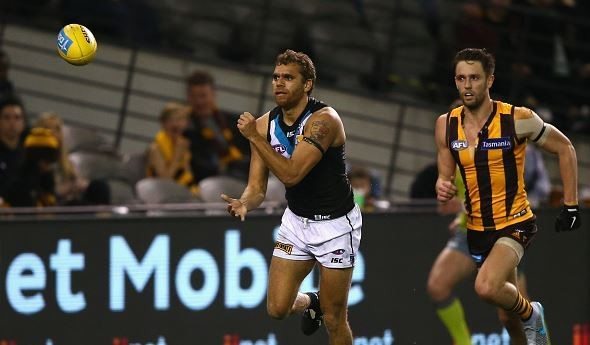 Port Adelaide rookies Sam Gray and Nathan Krakouer have both agreed to contract extensions for 2016.

Gray was upgraded to the senior list to replace the injured Jared Polec midway through the season, while Nathan Krakouer was twice put on the senior list.

Gray has signed a two-year deal, keeping him at the club until the end of 2017, with the club set to promote the 23-year-old to the senior list in 2016.

Krakouer has signed a one-year extension to remain on the club’s rookie list in 2016.

New twist in Treloar saga as Bulldogs and Collingwood in $4.5...