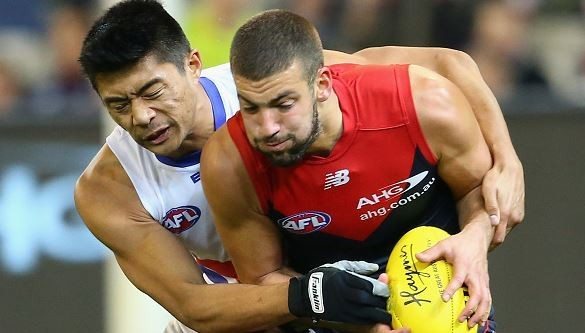 Former No. 4 pick in the 2012 draft Jimmy Toumpas is reportedly being chased by Port Adelaide.

The Herald Sun has reported that Toumpas, who has struggled to live up to the hype since arriving at Melbourne, averaging just 13 disposals in his 27 games, could be set to leave the club and return home to South Australia.

Toumpas was reportedly hopeful of re-signing with the Dees earlier in the year, but now looks almost certain to depart to club.

The Power will look to Toumpas to help improve their outside run, which was a major concern for the side this season.