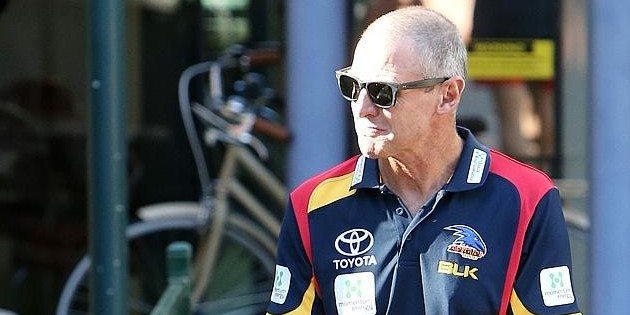 Police officers are investigating whether the drug ice was involved in the tragic slaying of Adelaide coach Phil Walsh.

The lifestyle of Walsh’s son Cy is the focus of an investigation as the club faces a “crisis unprecedented” in the football world.

Cy was formally charged with Phil Walsh’s murder last night during a bedside court sitting after undergoing a mental health assessment, after being arrested at the home of a friend in near by Glenelg, where he had been staying in recent weeks.

The Adelaide Advertiser has reported that a picture has emerged appearing to show a smoking pipe was taken from the scene in an evidence bag by police.

The Herald Sun has reported that “neighbours in First Avenue Glenlg East…had watched with growing concern for weeks or more. They describe the moment as an end of an apparent ice addict’s decent into madness.”