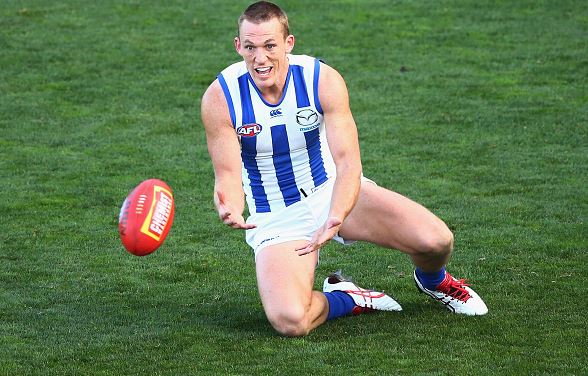 North Melbourne forward Drew Petrie has joined Brent Harvey in signing a one year contract extension with the club.

Harvey was in the middle of his press conference to officially announce his contract extension, when teammate and good friend Drew Petrie walked in unannounced to declare that he too has re-signed.

Petrie has played 287 games with the Roos and is now, barring an injury, due to become just the fifth North Melbourne player to play 300 games.