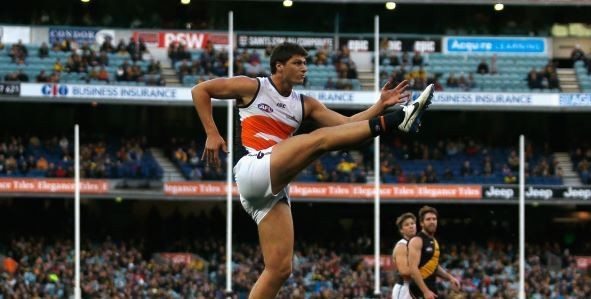 Jon Patton is set to make his long awaited return from injury against Essendon this weekend.

The former No. 1 draft pick has had an injury interrupted start to his career after suffering two ACL injuries in three years.

Patton, who has been sidelined since August 2014, has been in brilliant form in the NEAFL since returning to the field in April, booting 16 goals in four games, including a seven goal haul against the Gold Coast reserves, earning him a recall to the senior side.

Coach Leon Cameron announced that Patton would be included in the side at the club’s training session on Thursday morning.