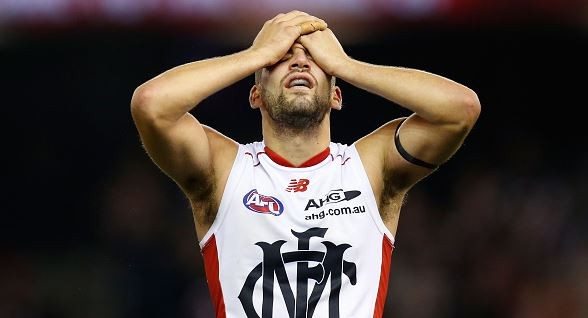 Former No. 4 draft pick Jimmy Toumpas could be on the way out of Melbourne after three underwhelming years at the Dees, according to SEN’s Brett Anderson.

“Jimmy’s name came up last year and has come up again this year,” Anderson said. “I think there is a very good chance that he probably plays at another footy club next year.”

“He was a pick four and I think there was 17 other clubs that would have taken him ahead of Ollie Wines.

“All the talk of they took the wrong player, hindsight’s a wonderful thing.”

Toumpas has managed just 27 games in three years at the Demons, including nine this season.