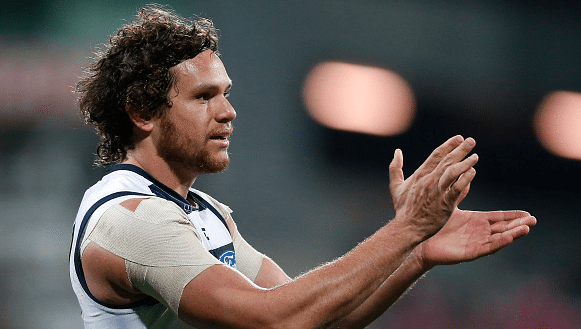 Geelong says Steven Motlop “definitely” wants to be at the Cats next season.

“Blicavs, it’s any week, probably any day (to sign a new deal). And Motlop definitely wants to stay at Geelong,” Hocking said.

“It’s just really his manager and the club just getting the right deal and agreeing to what I think is fair enough on his front, and … he’s a restricted free agent in 12 months’ time, so how do you contract through that?

“He may be a player that’s got some interest from other clubs – it’s not of interest to him.

“He wants to stay at Geelong and he’s made that quite clear to us. I think it’s more around the free agency part of it, that’s a changing landscape for clubs and how do you see someone of that talent?

“He influences so many parts of the game and the way we play and he’s a great finisher as well, as we saw last week. It’s trying to reach and land on a point that is suitable to both parties.”