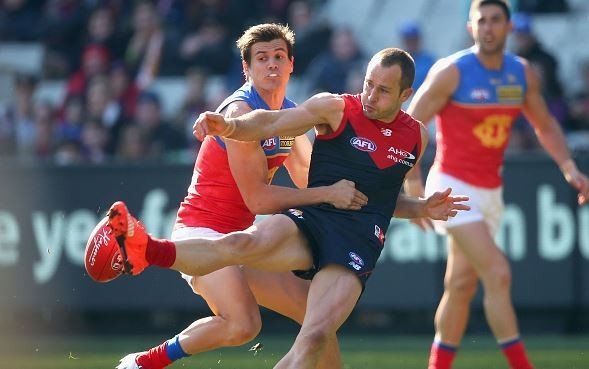 The 32-year-old was not offered a new contract by the Demons for next season and decided to retire from the game.

Cross will play his 249th game on the weekend, after 210 games with the Western Bulldogs from 2002 to 2013, before Melbourne gave the then 30-year-old a lifeline, after he was unwanted by the Dogs.

He was selected with pick No. 56 in the 2000 national draft and won the 2008 Best and Fairest with the Bulldogs and was named in the All-Australian team in the same year.

“When we first spoke to Crossy, we saw his role at the club as twofold. Firstly, he could play a role on field and just as important he could play a major role off field working with our players, showing them how to prepare as an AFL footballer,” he told melbournefc.com.au.

“He has performed both roles extremely well over two years. His performance last weekend highlighted his character and competitiveness, where he only knows one way to play and that is by giving everything you have and never giving up. Right to the end, he wanted to keep playing.

“Crossy has been an important person in our club’s rebuild and we hope this continues with a role he has been offered in the football department.”