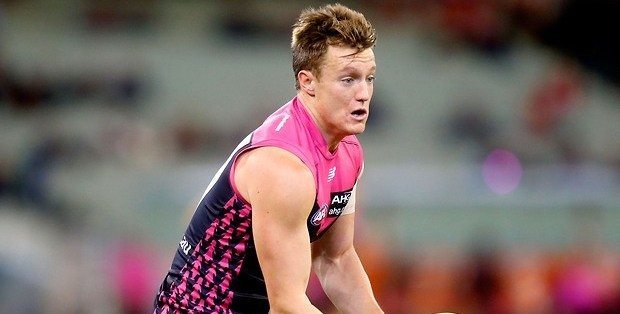 Melbourne’s Aaron vandenBerg has signed a two-year contract extension with the club.

The deal keeps him at the Demons until at least the end of 2017.

The 23-year-old played the first 10 games of the season after being picked up by Melbourne in last year’s rookie draft with the second pick.

He was injured in Melbourne’s round 11 clash with Collingwood but is available for selection again this week.

vandenBerg said he was delighted to be signing a contract extension with the Dees.

“It’s not every day you get paid to do what you love to do,” vandenBerg said.

“The group I am around is a really good group, and I’m pretty excited about where they’re heading as well.”

He has averaged 17.5 disposals and over five tackles per game.