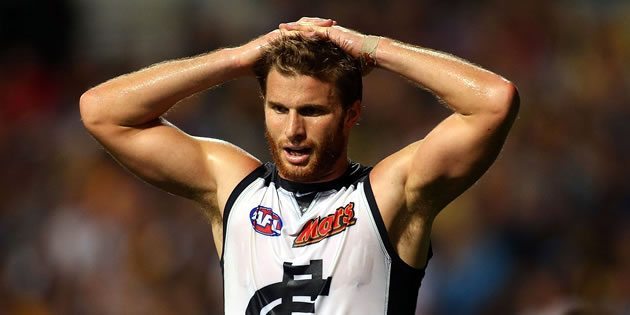 Out-of-contract forward Lachie Henderson is keen on re-signing with Carlton, despite holding off putting pen to paper on a new deal.

Blues football operations manager Andrew McKay said Henderson had delayed inking a new contract to focus on his football in the early stages of the season.

But McKay said the club wasn’t at an impasse with the former Brisbane Lion and talks were progressing well with Henderson’s management group.

“I spoke to the management group again this week. They’re all very comfortable with Carlton and there’s no worries about Lachie going anywhere else,” McKay told Crocmedia.