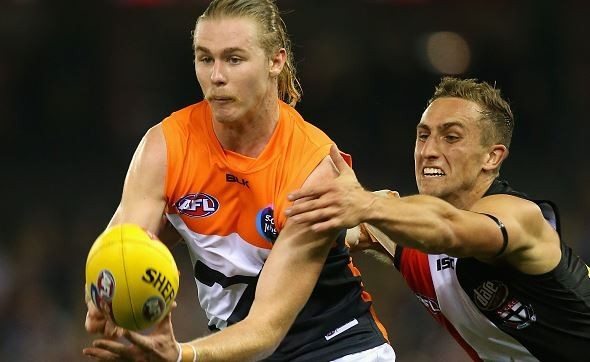 Giants reject McCarthy trade request…but if past history is anything to go by, it may well happen anyway.

The Giants released a statement today regarding McCarthy’s request, despite categorically denying that McCarthy wanted out of the club last night with this tweet.

Despite media speculation, the GIANTS can confirm @CamMcCarthy4 has not requested a trade and is under contract until the end of 2017.

“The manager of Cameron McCarthy, Colin Young, has today formally enquired about a trade,” the statement read.

“The GIANTS have categorically rejected this request.

However, this time last year the Giants released a similar statement regarding the trade request of former GWS forward Tom Boyd, before he eventually made his way to the Western Bulldogs.

The GIANTS will not trade Tom Boyd under any circumstances. Read more here – http://t.co/HD1E5F8QVK pic.twitter.com/m3NYdTUtSI

GWS on Cam McCarthy: "The GIANTS have categorically rejected this request"
GWS on Tom Boyd: "Tom will not be traded under any circumstances"

The Giants will confirm in an hour or so Cam McCarthy has requested a trade. Has been telling them that for a while, including the coach