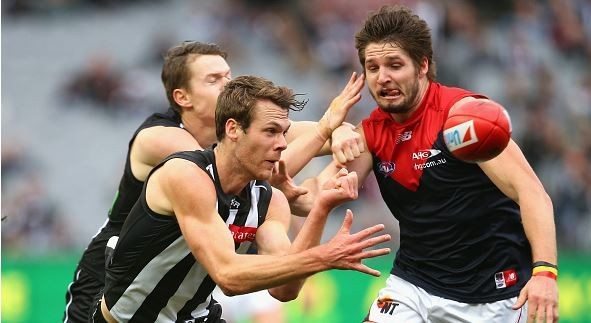 “He’s had some adversity since he’s come to the club,” Maxwell said on Collingwood Media’s Monday’s with Maxi.

“I think he’s going to play half back for a long time. I do think that they believe he’ll go into the midfield at some stage.

Scharenberg had 16 disposals, including nine in the second quarter, after being a late call up from the emergency list for Saturday afternoon’s loss to the Demons.