There are big shoes to fill for the vacant ruck spot in Victoria’s State of Origin side. Literally.

Melbourne star Max Gawn was set to start in the ruck for the February 28 clash against the All-Stars at Marvel Stadium, however, the big man has been struck down with a knee injury.

Watson put forward St Kilda’s Rowan Marshall, who is coming off a breakout 2019 season where he averaged 17.8 disposals and 28.4 hitouts per game.

“What an unbelievable 12 months he will have if that’s the case, if he becomes the number one ruckman for Victoria in the State Of Origin game against the All-Stars.”

The former Essendon skipper also suggested Brisbane’s Stefan Martin, who consistently goes under the radar despite being one of the best ruckman in the game over the last few years.

“There’s one guy out there when we have this ruck conversation, anytime, anywhere, we completely dismiss this bloke,” Watson added.

“No one ever thinks about him because he’s out of sight, out of mind – Stefan Martin.”

Asked if he thinks Marshall deserves the nod, Lyon responded: “I think he’s going to have to unseat Todd Goldstein.

“I wouldn’t begrudge him if he gets the position, but they might have two ruckmen.

“Wouldn’t that be a great ascension for Rowan Marshall? Great for the Saints, great experience for him to go into that environment and be involved with that training and playing that game.” 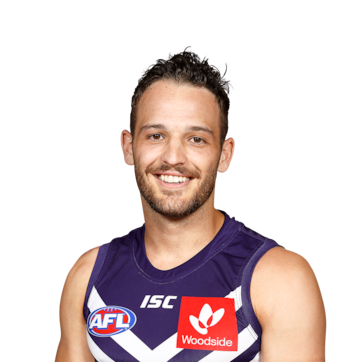