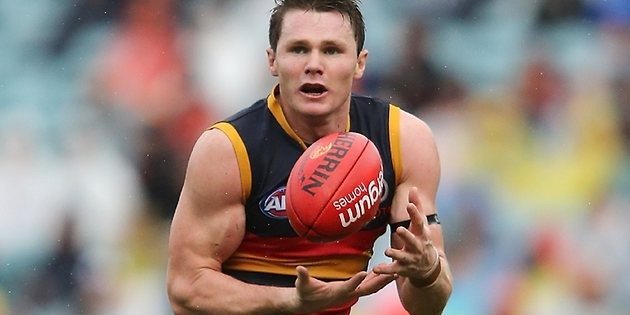 If Patrick Dangerfield leaves Adelaide, it will only be due to the temptation to return home, his manager Paul Connors says.

Dangerfield is a restricted free agent at the end of the season, with speculation rife that he will join Geelong next year.

Connors said that the lure of moving back home is one of the main factors Dangerfield will weigh up when deciding where he wants to play his footy next year.

“The only lure that probably would get him home would be Moggs Creek, to the family.

“That’ll play out over the next four months.

“He’s committed to the Adelaide Crows and he’s been honest and upfront and said in the right time he’ll have a think about whether the lure of coming home to his family or staying in Adelaide wins out.

“Adelaide’s got to do what’s right for them if Patrick chose to come home but at this stage…he’s a very committed footballer for the Adelaide Crows.”