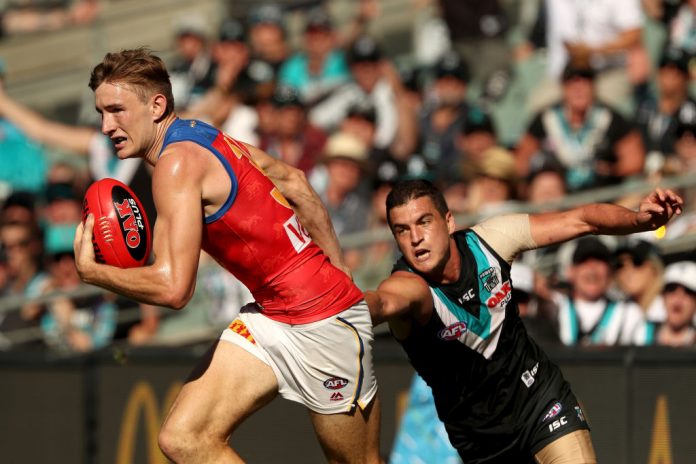 Brisbane Lions CEO Greg Swann has provided a medical update on defender Harris Andrews after the incident involving Jeremy Cameron a fortnight ago.

Andrews was immediately concussed before scans confirmed he suffered bleeding on the brain, and Swann told SEN’s Crunch Time the young defender is feeling better, but is also still a while from returning to football.

“We’re not sure (if he’ll play again this year). He has more scans on Monday. I saw him yesterday, he’s feeling better, doesn’t have any headaches, just struggling a bit at the minute to concentrate on things,” Swann said on Saturday.

“We’re guided by the medical team here and if there’s any doubt he won’t play.

“It’s going to be four or five weeks minimum I would’ve thought, even on its best case.”

Cameron was sent straight to the Tribunal for the hit on Andrews, and was subsequently suspended for five matches.

Swann is hopeful the bleeding on the brain of Andrews has stopped, which would then allow the 21-year-old to resume activites.

“The scan on Monday should determine whether the bleeding on the brain has dissipated,” he said.

“Once brain bleeding gets sorted, then he can probably get back into training and then we’ll just take it from there.

“Harris before he got hurt, we thought he was nearly an All-Australian defender.”