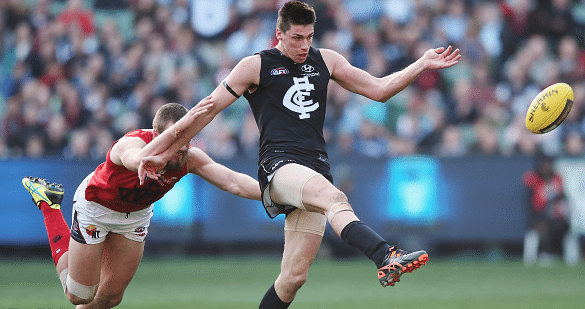 New Carlton coach Brendon Bolton says ruckman Matthew Kreuzer is a required player, despite constant speculation that he will leave the Blues.

Collingwood and the Bulldogs are believed to be out of the race to sign Kreuzer due to concerns about his fitness, while Bolton says that he wants the 26-year-old to stay at the Blues, despite the club yet to offer the ruckman a new deal.

“He’s a player that’s wanted and required and I think he’s a real spirit player at Carlton,” Bolton told SEN on Friday night.

“We’d like him there. I’ve had a conversation with every player including Kreuz and he’s a required player.”