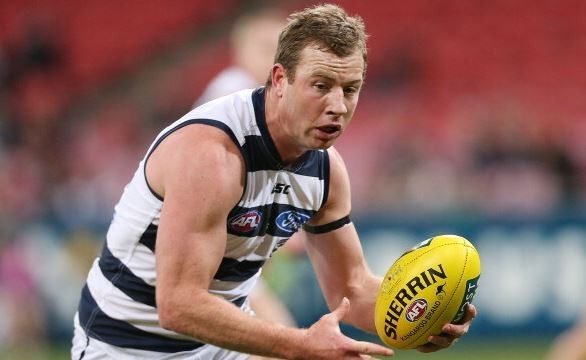 Former Geelong champion Steve Johnson says he has the motivation to continue playing at the elite level.

Johnson said he would be willing to do the hard yards in the off-season for a new club.

The three-time premiership player also said he would consider moving interstate if the right offer came along.

“I certainly do have the motivation,” Johnson said at the spring racing carnival TAB launch.

“I mean, I’m not afraid of going through a tough pre-season, so that’s not a factor for me.

“As I said, I need to work out if a club is a good fit for me in a playing capacity. If I don’t see that is right then I will look to other opportunities.

“I have spoken to a couple of clubs, and I’m expecting to a couple more over the next week or two.

“Things will be a lot clearer once the water has gone under the bridge there.

“A lot of people are trying to give me advice that you should only play on if you are in a premiership window, and that is a factor that does appeal to me,” he said.

“But it is not the over riding thing that will make my decision.”