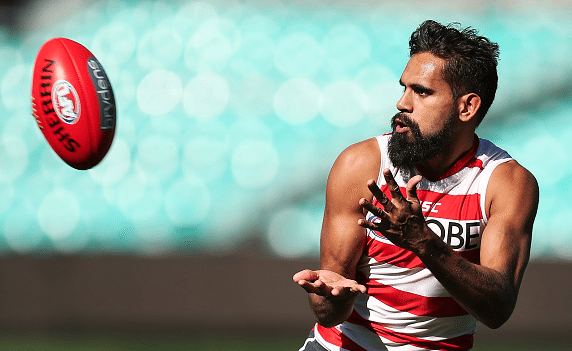 Sydney’s Lewis Jetta has officially requested a trade back home to Western Australia.

“The Club has put a good offer to Lewis and while we are disappointed, we certainly understand the strong pull for him to return home to Western Australia with his young family,” General manager of football Tom Harley said.

“Lewis is not a free agent, so we will work on securing a fair trade for the Swans during the upcoming exchange period.”

Jetta has played 127 games and kicked 99 goals for the Swans since being taken with the No. 14 pick in the 2009 National Draft.

It is believed West Coast is the front runner to secure his services.