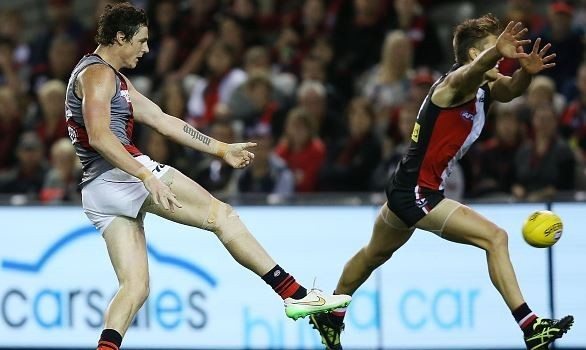 Full disclosure I am a St Kilda fan. I was as furious as anyone when footage of Jake Carlisle and a ‘white powder’ was aired on ACA this week.

The media and general public reaction since then has been quite interesting.

In his statement, Carlisle was mature enough to admit his error and the mob still wants his head.

One look at the fan forums will tell you St Kilda supporters are first in line.

There was a time when the Australian public was more forgiving and Carlisle would have been given the benefit of the doubt. After a second mistake, then the masses would have made up their mind about the 22-year-old.

As a society we seem to revel in ‘gotcha’ moments. Whether it’s our politicians, celebrities, sports people or even our mates. We revel in others’ failures and bay for blood like an angry mob wanting to stone an adulteress in the bible. Sometimes we don’t even need proof.

The public is so excited by scandals such as this one, that media outlets are reportedly willing to pay between $10,000 and $20,000 for the footage (because trust someone who spends a lot of time looking at data – it rates), the same footage I’m sure plenty of old school journalists would have refused to run.

I would like to suggest two things to those who are suggesting Carlisle’s career should be over:

I understand recreational drugs are a huge issue in our society and one the AFL can the lead in by taking a strong stand. However, drink driving is also no small issue in Australia and has a much greater chance of harming others than Carlisle’s action. No one is calling for Hodge to be kicked out of the league and they shouldn’t. Just as they shouldn’t be with Jake Carlisle.

St Kilda have rightfully condemned Carlisle and perhaps the AFL needs to revisit some of their recreational drug policies, but in doing so it is important that the club and the public keep some perspective as to where crimes such as this fit in a world where people make mistakes every day.