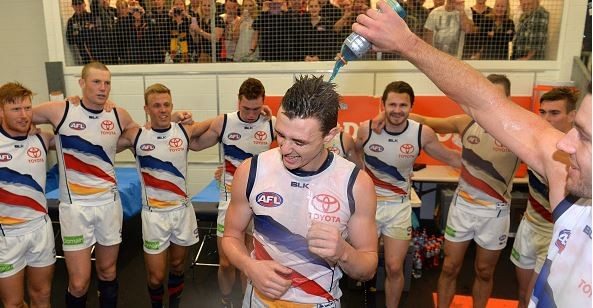 Adelaide has re-signed youngster Jack Lever for an additional year after impressing the Crows in his first season as a senior footballer.

Lever was already contracted for next year, but has added one more year to his existing contract.

He was taken at pick No. 14 in the 2014 National Draft and has played nine game this season in his debut year.

Adelaide’s head of football David Noble said the Crows wanted to get in quick to re-sign the 19-year-old, as he displays work ethic and maturity beyond his years.

“Jake brings a calm, composed element to the defensive group with a competitive edge that we love,” Noble said.

“His work ethic is outstanding, he fits well into our team-first environment and has all the hallmarks of being a long-term player for our club.”