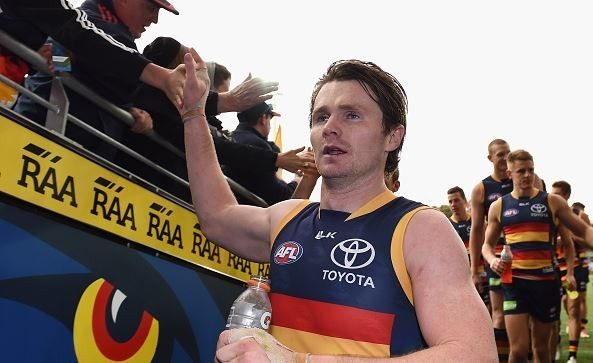 Adelaide star Patrick Dangerfield says reports from Channel Seven’s Mark Steven’s that he has agreed to a five year deal with Geelong are “crap” and completely untrue.

On his regular spot on Adelaide radio station FIVEaa, Dangerfield reiterated that he is yet to make up his mind on his future.

“Nothing has been agreed to…to be honest it’s absolute crap.

“The same thing was being said six months ago, two months ago, but simply for me it’s not true for our supporters.

“They can report what they like but at the end of the day it’s false.”

Dangerfield said he will not make up his mind until the end of the season, as his main priority is ensuring the Crows play finals football.