ZERO HANGERNEWS, RUMORS & PLAYER MOVEMENTS
More
Home AFL News 2020 ‘It has probably snuck up on me a little bit’ 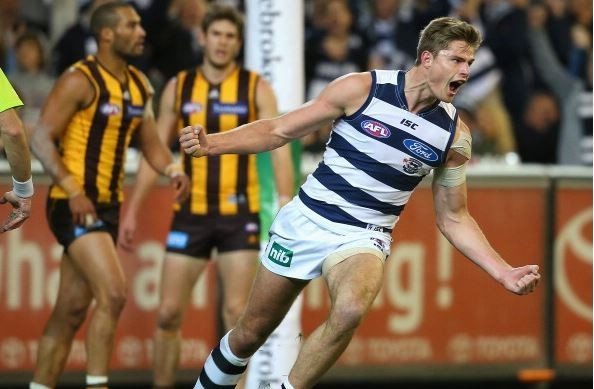 Vardy has not played since the 2013 Preliminary Final loss to Hawthorn, with the 24-year-old rupturing his ACL in the Cats’ first NAB Challenge match in 2014.

Vardy has had a host injuries over his short career that have restricted him to just 21 games in six years with the club.

He has also endured an ongoing hip issue, which kept him out of action for much of 2011 and 2012.

“It’s been a long time since I’ve played AFL football so that’s what I’m here to do and I’ve dreamt about it every day since I’ve been injured so very excited but it has probably snuck up on me a little bit,” Vardy said.

He has played four games in the VFL since returning from his latest injury setback, before being rested last weekend.

“The last few games in the VFL was more about just back playing football and not really performance sort of thing [I] had conversations with the coaches about AFL football later in the year but not actually to the point where I might play.”

Vardy said he was told on Wednesday by coach Chris Scott that he was a chance of being selected.

The 199cm ruckman said that working with fellow injured Geelong star Daniel Menzel has helped them both in the recovery process.

“He’s happy for me. We’ve obviously gone through a lot of hard things together.

“We’ve been able to bounce off each other and help each other through a lot of hard times.”

The long injury lay off has also helped the Cats’ No. 30 put things into perspective.

“It does make you think, ‘how much can you take?’ But then sitting next to Daniel Menzel and even [fellow injury-prone Cat] Josh Cowan that have gone through longer stint on the sidelines, it’s not as bad as it looks so there’s always someone worse off.”