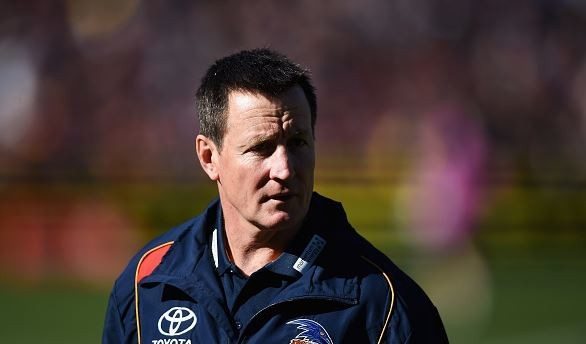 The Herald Sun reported that the quartet flew to Adelaide in Little’s $35 million jet to meet with Worsfold to discuss senior coaching.

It is believed that the meeting took less than an hour.

Adelaide is rumoured to be furious with the Bombers for the undercover mission to poach Worsfold while the club is still in the middle of preparing for a game of football and in Adelaide’s defence, it is not a good look.

Geelong tried the same thing a few years ago to try to lure Travis Boak to the Cattery, with coach Chris Scott, captain Joel Selwood and Jimmy Bartel flying to Adelaide to meet Boak mid-season. The club copped plenty of criticism and Scott later admitted it was not a good look.

The football world knows that out-of-contract players are spoken to during the season, but no one is prepared to admit the discussions they have had.

Perhaps it’s not such a bad thing that there is more transparency, however, in this case, the Bombers did not think this one through.

Not only are the Crows in the middle of a finals campaign, but Worsfold only joined the Crows to help the club after the tragic death of great mate Phil Walsh earlier this year. The circumstances surrounding his position at the club, plus the horrid year Adelaide has faced in trying to deal with Walsh’s death make Essendon’s decision even more questionable.

Do you think what the quartet did is good business or distasteful, with the Crows currently preparing for a finals campaign?