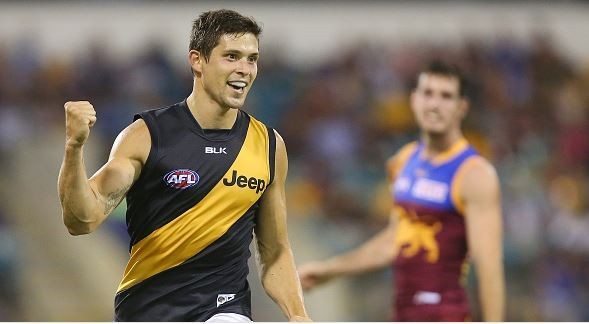 Former Crow Chris Knights has announced that he will retire at season’s end.

Knights has struggled to get on the field during three injury ravaged season with the Tigers after crossing from Adelaide at the end of 2012.

“He has had horrible luck with injuries since he arrived at the club, and it’s unfair for him to have to bow out in this fashion.

“While he spent a lot of time in rehab, he was a fine role model for the playing group with his determination and professionalism to overcome a number of significant injuries.

“He will be rightly remembered as highly-talented player who stopped at nothing to get the best out of himself.”

Knights played 96 games with Adelaide before playing six more after moving to Richmond.