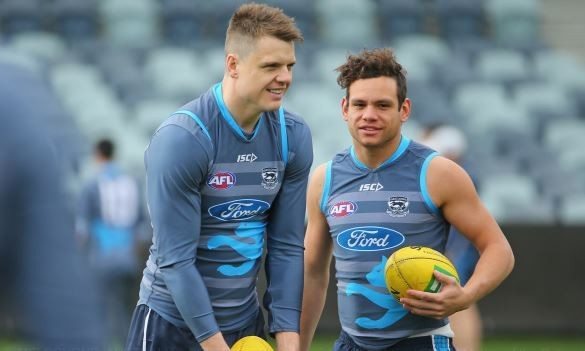 Injury prone Geelong ruckman Hamish McIntosh has been forced to retire after revealing he has suffered another ankle injury.

The 30-year-old announced his retirement from the game on Wednesday effective immediately.

“It’s been an emotional few days,” McIntosh told the Cats’ website on Wednesday.

“Unfortunately, my ankle has broken down again and I need surgery next week, so it’s obviously forced my hand a little bit.

“I’ll be retiring from AFL footy today. It’s sad … I’ve been a bit of a mess, really, because it’s been an amazing journey to play for 13 years for two great clubs, in North Melbourne and here.

“It’s been a ball, it’s been so much fun, but unfortunately it all ends today.”

McIntosh played 107 games at North Melbourne, before moving to Geelong, where he could only manage 19 games in three seasons.