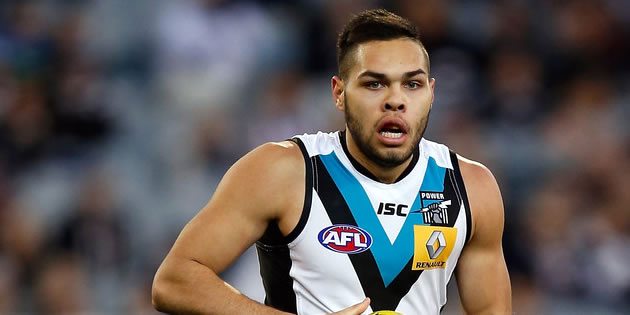 Jarman Impey will remain at Alberton for another three seasons, after signing on until the end of 2018.

Port Adelaide’s first selection in the 2013 AFL Draft, Impey debuted against Carlton and has since chalked up 22 career games for the Power.

He received a NAB Rising Star nomination for his impressive performance on Fremantle forward Hayden Ballantyne in Round 8 last year, and has been given a number of roles against important damaging opposition players.