ZERO HANGERNEWS, RUMORS & PLAYER MOVEMENTS
More
Home AFL News 2020 ‘If he was in black and white he’d be a 10 times... 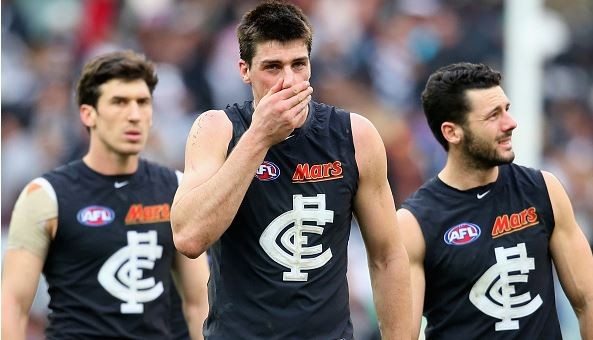 Collingwood forward Travis Cloke says Matthew Kreuzer would be a great addition at the Pies.

Kreuzer, who is out of contract at season’s end, has refused to rule out a possible move away from the Blues next year.

“Yeah, Kreuze! I actually get along pretty well with him and he’s a good bloke,” Cloke said on Thursday.

“I guess we’ve probably forgot how good he is til the last couple of weeks, we’ve seen his worth, how valuable he is, to the Carlton Footy Club.

“I reckon if he was in black and white he’d be a 10 times better footballer.

“I’ll leave it up to the powers that be here.

“I know the people at this footy club are pretty persuasive and pretty good at those things.”