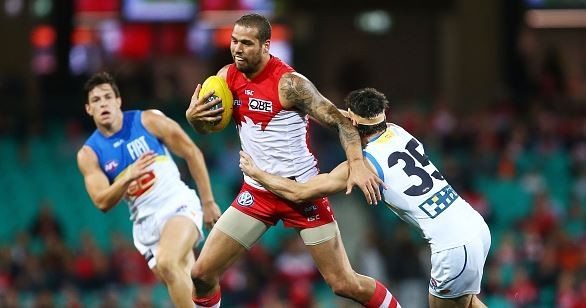 “I find that extraordinary that he played,” Larkins told The Daily Telegraph.

“It’s not impossible, because he did but I found it extraordinary.

“It would be very unsettling for any epileptic to have a seizure at school or at home or the workplace and then get straight up and go back into a normal situation in a 24-hour period.

“Normally after an epileptic seizure people are very tired and fatigued and may have a headache, they can be foggy.

“You don’t have to have a lot of outcome from it (the seizure) the next day but one that ends up in a hospital and an ambulance you would expect to have an outcome.

“You would have thought he would have some follow up symptoms even if it was just feeling foggy, fatigued and out of energy.”

The Swans released a statement confirming the medical team had gone through the right process and done the necessary tests before allowing Frankling to play against the Gold Coast.