GWS youngster Adam Tomlinson says he was incredibly homesick in his first two years at the Giants and did not think he could continue to play at the club.

Tomlinson, who has now played 67 games in five seasons with the Giants, grew up in Victoria and attended Trinity Grammar College in Kew.

He enjoyed a career best season in 2016, playing the final 10 games of the season, cementing himself in the side, averaging 13 disposals, 4.7 marks and 1.5 tackles.

The 23-year-old, who was a top-10 pick, told EON Sports Radio on Thursday he struggled to settle into life in Sydney, away from his family and friends.

“I didn’t think I’d make it past my first year,” Tomlinson said.

“I was terribly homesick and I mean, I loved footy, but outside of it, I didn’t put any effort into enjoying what Sydney had to offer.

“It took me two-and-a-bit years to find out what Sydney was really like.

“Once you put in the effort, you’ll find out that every city has so much to offer and for me, I love Sydney and I’m going into my sixth year now I’m really enjoying it.”

Tomlinson said that putting a real effort into immersing yourself into the new environment is key to enjoying your football in a new city.

“For anyone who does get drafted interstate, you’ve really got to put effort in to enjoy it,” he said.

“You can’t just sit at home and watch movies and say you’re homesick. You’ve actually got to go out and do things.”

“Lambo was terrific and I couldn’t speak higher of a person than him,” Tomlinson said.

“He made us feel at home. He and his wife Melissa were terrific in the way they welcomed us, pretty much into their family…and they just made that jump from home life to living out of home just that bit easier.” 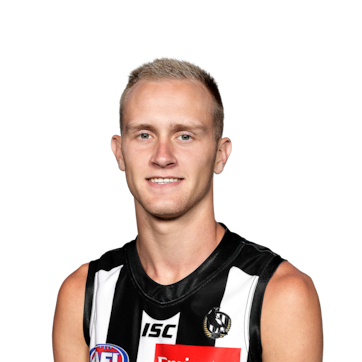