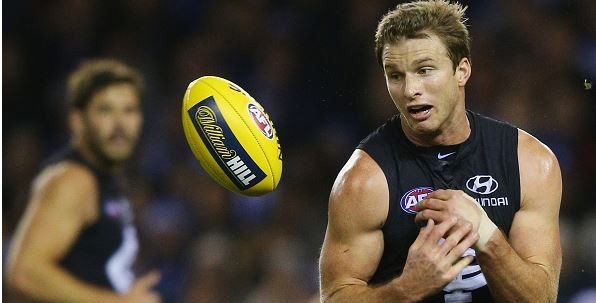 Carlton swingman Lachie Henderson has requested a trade from the Blues, with it now seeming almost certain that he will join Geelong in 2016.

The two parties agreed that is was in the best interests of the player and the club, that Henderson does not play again for the Blues this season, after informing the club he wants to be traded.

It is understood that the 25-year-old has nominated Geelong as his preferred choice.

Henderson has played 102 games with Carlton, after moving from the Lions in 2009 after 15 games in two season with Brisbane.