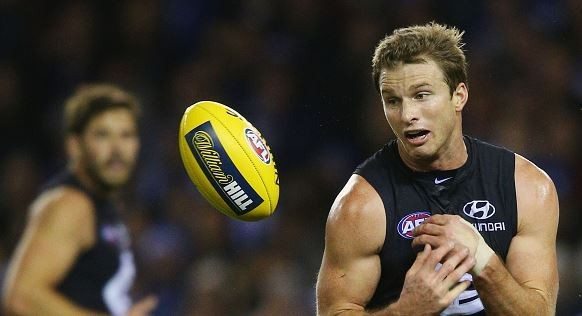 The Cats could send Josh Walker to Carlton in return for Lachie Henderson.

Henderson, who requested a trade from the Blues just prior to the end of the season, has been linked to Geelong for much of the year, with a trade close to being agreed upon by the two teams.

The Blues, who were once hopeful of gaining a first round pick for Henderson before his stocks plummeted on the back of some poor form, are interested in Geelong forward Josh Walker.

Geelong could add a second round draft pick or the clubs could organise an exchange of draft picks to sweeten the deal for the Blues to ensure Henderson finds his way to Geelong.