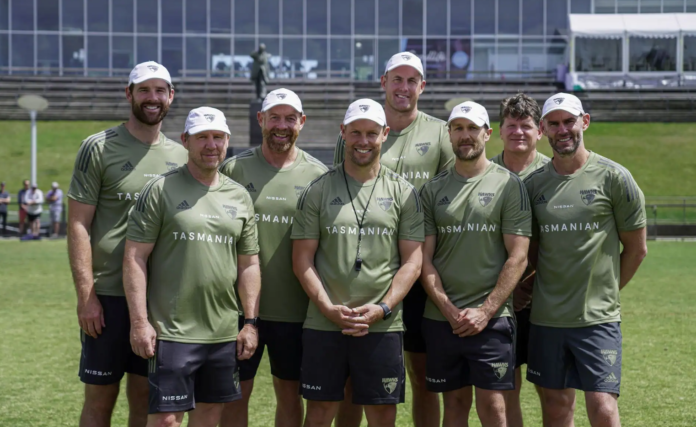 Hawthorn Development Coach Andy Otten has revealed his philosophies and beliefs behind the process of creating future stars as the Hawks embark on a period of youth focus.

The Hawks had five draft picks in the 2021 National Draft and have focussed heavily on bringing in young talent over the past two seasons with new coach Sam Mitchell keen to get his fingerprints on the club's rebuild.

Otten, who played 109 games for Adelaide will play a major role in the advancement of talent at the Hawks and has revealed how he plans to aid the Hawks' push for success sooner rather than later.

This coaching group has us pretty excited for 2022. 🤩 pic.twitter.com/Z9ORq6FZb6

The 32-year-old said that he breaks it down into three main parts, skill. character and mindfulness.

"Our whole club is in a development stage just about. We've got so many young guys who have come into the football club," Otten told Zero Hanger.

"We have to improve some of those traits and develop them, then there's the big shift in football now which is about the mindfulness and the mindset and how you can push these players and they need to find that out themselves.

Otten said that while often there is a focus on what deficiencies players can work on and get better at, his focus is on what players under him do well and on making that strength an even bigger weapon.

"When we talk about development people think it's about what they're bad at. It's actually the opposite," Otten revealed.

"We want their best traits to really flourish. They got here for a reason and we're big on making that skill they're really good at the best in the AFL."

Otten said the new group had made for some very exciting conversations in the early part of their time together.

"It's very unique. Very rarely do you et a coaching group where more than half of the group is brand new," Otten said.

"We had a two-week planning block and the first few days we were just getting to know each other. The second week we jumped into footy a bit and had some great, robust discussions.

"Everyone's got heaps of ideas, we dissect them all and find which ones are best."