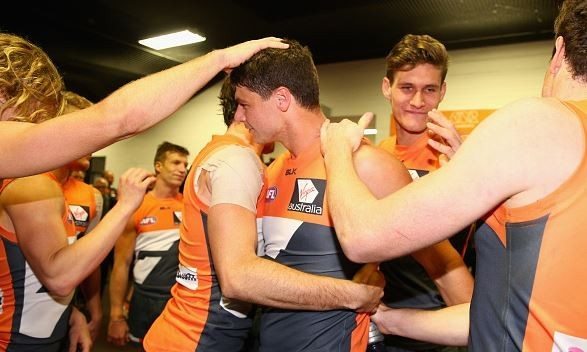 GWS forward Jon Patton has been cleared of serious injury after being assaulted in the USA overnight.

He is reported to be have been struck in the head in an allegedly unprovoked attack.

GWS released a statement a short time ago:

The 22-year-old, who was in the company of teammate Tomas Bugg, was struck on the side of the head outside a Los Angeles bar.

Witnesses interviewed by Los Angeles Police have stated that Patton was the innocent victim of an unprovoked assault while LA Police have confirmed that a local male was arrested following the incident.

Following the assault, Patton was taken to hospital with concussion. Subsequent scans have cleared him of any serious damage and he’s since been released from hospital.

The club will continue to provide the necessary support for Jon while he remains abroad and upon his return to Australia.”