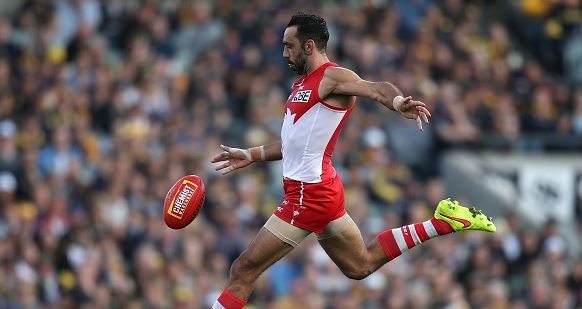 Adam Goodes is reportedly considering retiring from AFL immediately due to the constant torment and slurs he has received over recent seasons.

Goodes, who has taken a few days off from the Swans, is in doubt for this week’s clash against Adelaide.

“Adam will have a couple of days away from the football club and take a breath about it,” coach John Longmire said.

“There’s only so much a man can take before his legs start to buckle,” he said.

“Adam’s a very strong person who’s done a lot for the game … but don’t assume that these things are just easily washed over and don’t affect him in some way. He’s sick and tired of what’s been happening for a long time.”

Goodes has reportedly told several teammates that he is considering an early retirement due to the issue.