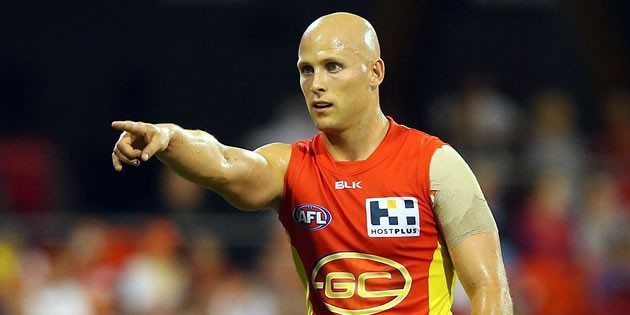 Gold Coast says Gary Ablett will return to the side to take on Carlton after the bye.

Steven May (groin) and Harley Bennell (calf) are both expected to join Ablett in returning to the Suns’ line up.

Gold Coast football manager Marcus Ashcroft said Ablett, who has not played since round two, would need a final fitness test before being named in the side, but is expected to play against the Blues.

“We are still aiming for (the Carlton game) with Ablett. All the players are due back on Friday and we will get more of an idea by Monday but that is the plan he has talked about,’’ he said.

“He needs to tick a few things off and while he’s been having gradual improvement in different areas from our medical team and his point of view he has to make sure he is 100 per cent.

“Internally we see it every day and while externally there might be a different perception, he wants to play and based on the way the guys went last weekend, they all want to get back into the team.”