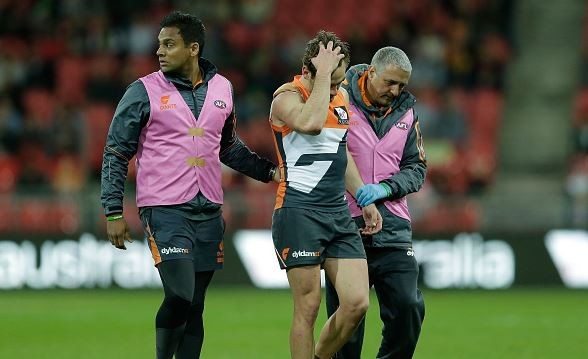 It has been revealed that GWS were left fuming at the tribunal’s decision to suspend Adam Cooney for just one week for his hit on Stephen Coniglio.

“Quite simply, what (Adam) Cooney did to (Stephen) Coniglio is unacceptable, and if you want to send that message then it’s got to be more than one week,” Matthews told AFL.com.au.

“I didn’t like it, the game is tougher than it’s ever been, but there’s no room for that.

“Stephen Coniglio (is) a real ball player and it was even more necessary given the state of the game.

“When I was told that it was a one-week penalty I thought it was a joke, I thought someone was having a lend of me.

“That is significant unders.

“In the end I understand the limitations they’ve got in their rules, but there’s absolutely no doubt that in the court of public opinion, that’s just a mistake.

“One week is just insufficient.

“I wouldn’t be surprised if this circumstance leads to a rule change or a set of changes, that enables Mark Evans and his team to rectify decisions like that.