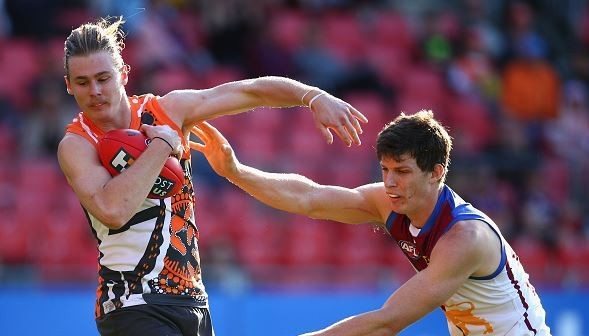 GWS forward Cam McCarthy has requested a trade to his home state of Western Australia for family reasons.

Channel Nine last night revealed that Fremantle is leading the race to secure the forward’s signature.

McCarthy proved a great partner for Jeremy Cameron up froward, kicking 35 goals in 20 games this season, after one game in his debut season last year.

The 20-year-old’s manager Colin Young last night confirmed that McCarthy had requested a trade when he was asked by Channel Nine, despite the Giants refuting the claims.